The Colloquium will take place in the "Unicum".


To find the "Unicum" in the city of Erlangen please take a look at this map: The arte nouveau mansion was built in 1913. In the beginning it served as wardroom of the artillery post in Erlangen. After renovation the "Unicum" reopened in 1997. Today it is listed as landmark.


The City of Erlangen

Erlangen is a city in Middle Franconia. It is located at the confluence of the river Regnitz and its large tributary, the Untere Schwabach. Erlangen has more than 100,000 inhabitants.

Today it is dominated by its university and the numerous branch offices of the Siemens AG, as well as a large Institute of the Fraunhofer Society. An event that still influences the city was the settlement of Huguenots after the withdrawal of the Edict of Nantes in 1685. 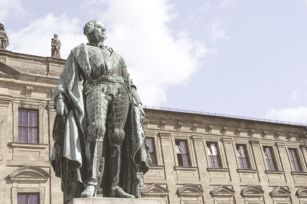 The University of Erlangen-Nuremberg is one of Germany's largest universities. The main focus in research and teaching is to be found at the interface between Natural Sciences, Engineering and Medicine in close cooperation with the classical university disciplines: Law, Theology and the Humanities. Economics, Social and Education Sciences complete the range of subjects offered.

The Nuremberg Metropolitan Region including Erlangen has lots to offer touristically, culturally, economically and, of course, scientifically. As examples think of the medieval and baroque architecture of the region's city centers, various museums and concert halls, globally acting companies and one of bavarias largest universities.

The City of Nuremberg 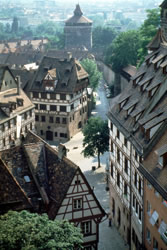 Nuremberg (German: Nürnberg) is a city in the German state of Bavaria, in the administrative region of Middle Franconia. It is situated on the Pegnitz river and the Rhine-Main-Danube Canal and is Franconia's largest city. It is located about 170 kilometres north of Munich.

Nuremberg, for many people, is still associated with its traditional gingerbread (Lebkuchen) products, sausages, and handmade toys. The first pocket watches – Nuremberg eggs – were made here in the sixteenth century. In the nineteenth century Nuremberg became the "industrial heart" of Bavaria. It is still an important industrial center in the fields of automation, energy, and medical technology.

The Nuremberg International Toy Fair is the largest of its kind in the world. The city also hosts several specialist hi-tech fairs every year, attracting experts from every corner of the globe. 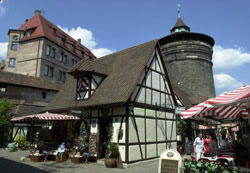 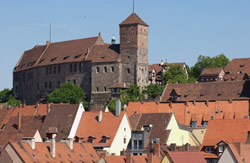 Nuremberg is always worth a trip to shop or to dine out. The Nuremberg specialities are well-known worldwide. 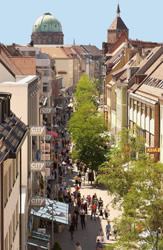 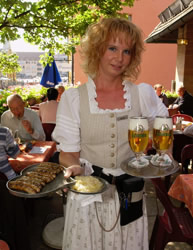